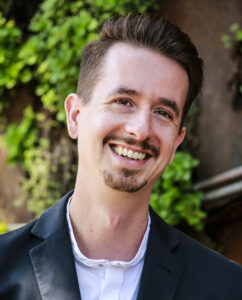 Spencer Gordon is the author of an upcoming hybrid work of fiction-poetry with House of Anansi Press (Spring 2024), the recent poetry collection Cruise Missile Liberals (Nightwood Editions, 2017), one of CBC’s “16 Poetry Books to Watch,” and the short story collection Cosmo (Coach House Books, 2012).

He holds an MA in Creative Writing from the University of Toronto and a BA in English and Philosophy from the University of Ottawa, and he has taught writing, both professional and creative, at OCAD University, George Brown College, Humber College, and with the University of Toronto’s School of Continuing Studies. From 2015 to early 2018, he worked as the senior writer for The Lavin Agency Speakers Bureau; from 2018 to early 2020, he was the Communications Manager for Scout Environmental; from April 2020 to September 2021, he was Communications Specialist for the Ontario Council on Articulation and Transfer (ONCAT). He is now the Senior Research Editor for the Higher Education Quality Council of Ontario (HEQCO), based in Toronto (the traditional lands of the Mississaugas of the New Credit, Huron-Wendat, Anishinaabe, Haudenosaunee, and other peoples).